Starting this weekend, passengers on four GoDurham routes will be treated to snapshots of the Bull City’s history. 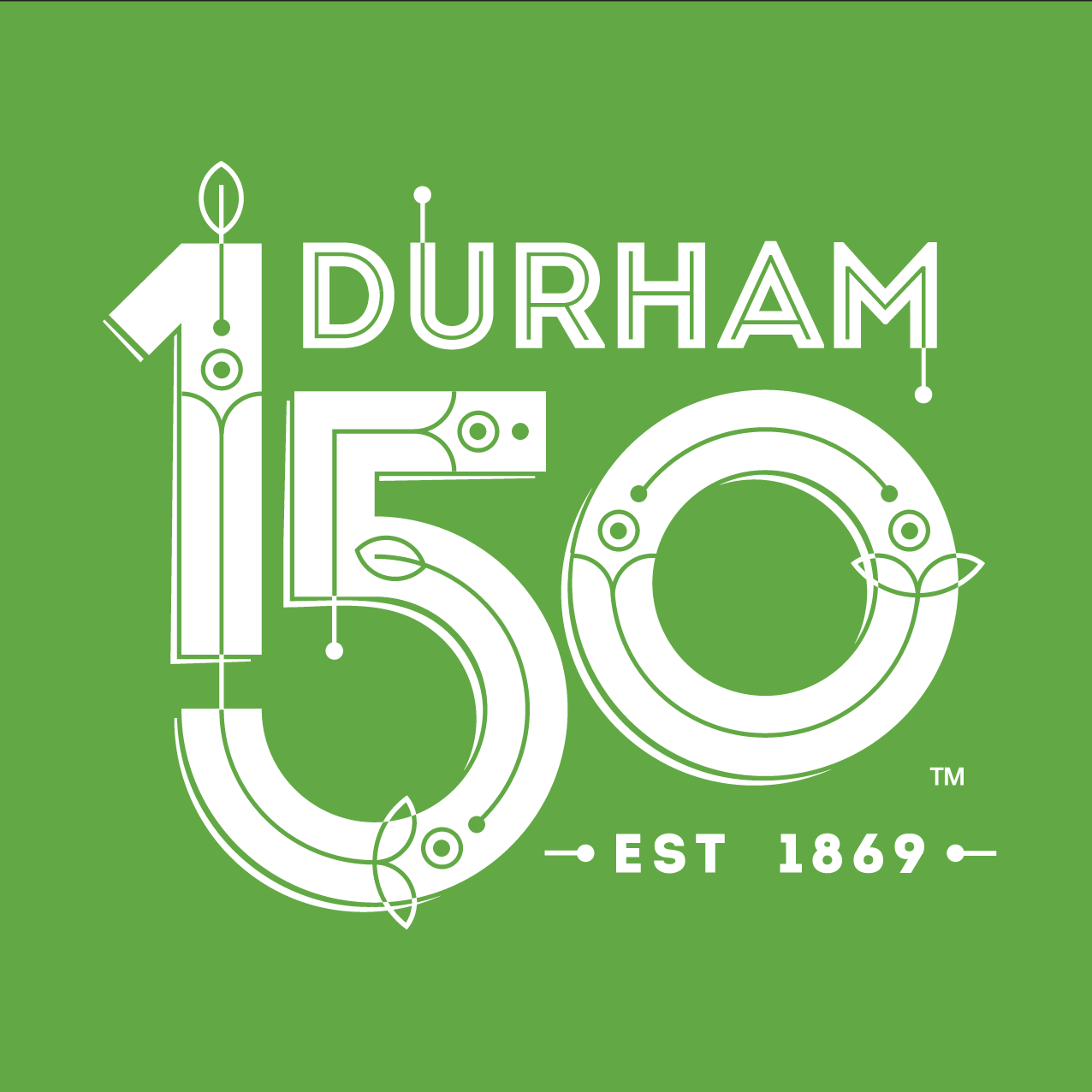 Starting this weekend, passengers on four GoDurham routes will be treated to these and even more snapshots of the Bull City’s history, thanks to Jeffrey Sullivan, a marketing specialist for GoDurham. Sullivan’s project uses recorded audio to highlight nearly 60 noteworthy sites as the buses pass them, all to help the Bull City celebrate its 150th birthday.

“It’s really the mission I want for the GoDurham system, to ask how can we get residents to use public transit to explore their city,” Sullivan says. “Given the 150th birthday, and with so much of Durham being built around transportation systems, using public transit as a vehicle to learn more about your city seemed a natural nexus.”

To identify historical sites in Durham, Sullivan worked with Dr. Jim C. Harper, chairman of the Department of History at N.C. Central University in Durham, and two graduate students. The group started with a North Carolina database of historical highway markers then Sullivan enlisted the help of GoTriangle regional data technician Stan Hutchens to narrow an initial list of 200 sites to only those along GoDurham routes.

“I’m very hyped about this project,” Harper says. “It’s such an outstanding, innovative and massive-scale project. I think other schools with public history programs may want to do it in their own cities. Imagine if you took the idea on the road and they did something like this in downtown Atlanta or Washington, D.C. Because so many things are changing in our cities, we have to remember who we were and how we got to the next level. I’m elated.”

Harper and graduate students Mattison Bond and Malcolm Tillerson researched the selected sites, and once Sullivan wrote the scripts, the three were recorded talking about them. GoDurham buses have GPS sensors that will trigger each recording once a bus passes its corresponding site.

“I am just so happy to see the project coming to fruition,” Harper says. “It’s a great way to present to the public a history of Durham and, to all the young people who ride the buses, it encourages them to seek more information, especially as the city is evolving and changing again as we move further into the 21st century.”

In the mid-1840s, Bartlett Leonidas Durham bought 100 acres near Hillsborough-Raleigh road and then donated four acres for a railroad track and depot, which was built at what is now Pettigrew and Corcoran-Blackwell streets. On April 10, 1869, the state General Assembly incorporated the City of Durham, then part of Orange County. Durham County was later ratified in 1881.

“It’s the most unique city in the South,” Harper says, noting Durham’s deep history of birthing the nation’s Black Wall Street in the early 1900s, integrating nonviolently during the civil rights era and working together. “I know we still have a ways to go, and as we move forward, we have to remember from whence we came and build upon those things we did right. This public history project will help us remember our past as we look to tomorrow.”

The City of Durham is having a yearlong celebration of its sesquicentennial by offering 150 activities that help people explore the themes of history and education, innovation and entrepreneurship, social equity and robust democracy, and arts and leisure.

The opening ceremony is Saturday from 10 a.m. to 2 p.m. at American Tobacco Campus. The city now is planning to use the day to also honor first-responders and others in the wake of the gas explosion that killed a beloved Durham coffee shop owner and injured nearly 20 people Wednesday.

“My overall goal with this project is to help people to realize that transit isn’t just for getting to or from work,” Sullivan says. “It’s also a vehicle you can use to connect with and explore your city. I’m hoping that people not only learn things they didn’t know but develop a deeper relationship with the City of Durham, and that we break some barriers when it comes to transit.”

Both Sullivan and Harper were thrilled about the opportunity for GoDurham and N.C. Central University to work together, especially on something so meaningful.

“It’s a partnership that most people would not have thought to put together in this way,” Harper says. “The collaboration has generated what I would say is an overwhelming result. I think the people on the routes are going to be amazed at some of the things. They’ll say, ‘Oh, I wondered about that building’ or ‘Oh, that’s the person who owned this.’ I think it’s going to be absolutely telling.”